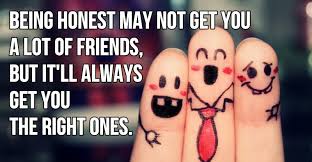 When you know your worth and what you bring to the table, it makes it easier for you
to place people where they belong in your life based on what they show you
rather than where you would like them to be based on your hopes for their potential.

Thank you for joining me here again. It is truly an honor and a pleasure to share with you all as you embark on your journeys to a limitless legacy.

This is the final installment in our foundation building series on how to create the life you and your family desire and deserve.  As always, my hope is that by the end you find a way to love big and live whole, so that all you are comes to serve not only your circle, but the world at large.

To date, we’ve discussed the importance of having a clear vision and taking consistent action toward achieving it.  We’ve delved into the importance of knowing yourself and how it attributes to clarity, and what kind of complementary kindreds you will likely need when creating your inner-circle so you can be effective and consistent.

Today, we’re going to talk about how to make new friends.  Not simply how to identify them, but what you will need to know and understand before you start looking for the folks who will eventually serve in your “Circle of Trust.”

You may or may not be familiar with the Ben Stiller movie franchise, which began with Meet the Parents. In this film, Gaylord “Gary” Focker – it’s as funny as it sounds – (played by Ben Stiller) meets his future father-in-law, Jack, (played by Robert DeNiro) who happens to be a retired CIA spy.  He has access to resources and manpower that allow him to pry into every personal facet of Gary’s life. Gary’s relationship is practically ruined by his father-in-law because at every turn he seems to prove that Gary isn’t worthy to be in his “Circle of Trust”.

Jack is very particular about his Circle of Trust. No one is allowed in (or out) without his say-so.  Furthermore, he is deliberately intentional about the outcomes for his Circle.

Granted, Jack is a little fanatical and overbearing, which ultimately leads to him being put out of his own circle, but we could learn a couple things from him about how we look for potential partners (in life, love, business, etc) and what we need to know before we do.

KNOW YOUR WORTH
Be aware of what you bring to the table.  Do you know who are?  Do you understand your inherent value?  How do you see yourself: as complete, a work in progress, in need of someone else to make you better? Are you a perfectionist?  Do you hold the reigns too tight, or do you trust others around you because you trust yourself and your judgment?

Here’s a lesson we can learn from Jack. HE thought a little too highly of himself. For most of his adult life, his family indulged him in his beliefs about what was best – without question.  Questioning his authority meant questioning his intelligence and his integrity; it implied that the person inquiring knew better than he did. Though we don’t know it right away, Jack fears losing his family more than anything, which is why he enmeshes himself so deeply into their lives.  But his fear of losing them is rooted in his fear of failing them. For Jack, losing his family is the equivalent of his failing as a father, a husband and a man. It’s only when he lets go (kinda) that he gets everything he wants.

How you view yourself is imperative to how you choose the people around you.  When you know your worth and what you bring to the table, it makes it easier for you to place people where they belong in your life based on what they show you rather than where you would like them to be based on your hopes for their potential. When you trust yourself, you trust your judgment (and you know how to brush off the hiccups).

KNOW WHAT YOU NEED
Before you go looking for people to fill your inner-circle, you need to be honest with yourself about what you want and why you want it.  Again, drawing people into your life is all about you first. If you aren’t honest with yourself you will invariably lie to the world around you. For instance, you may think you need someone assertive, forthcoming and articulate to complement your quiet, meek demeanor.  However, what you may really need is someone who exhibits those traits who can help you develop them within yourself.  This means that not only will s/he be assertive and strong, but s/he will also be compassionate, considerate and patient.  See how the relationship dynamic shifted a little when you added those other attributes? You no longer need someone who will simply do those things for you, but will do them with you.

Let’s revisit our friend Jack again.  Jack knew exactly what he wanted, but he wasn’t honest about his why.  Outwardly, he appeared to want his family to have the best of everything so they could be happy, but in truth it was about them having the best of everything so he could look good. Once Jack accepted that truth, he as able to step away from it and allow his family to have what they wanted.

When you’re honest about your why, you’ll find that things take an amazing turn for the better. Not only do people show up who want to help you, but suddenly there’s a synchronicity – a synergy – that allows you to go farther, faster. Be honest, get real and get moving.  Who do you need? Why do you really need them?  If it makes you tear up (or choke a little) you’re on-track.

KNOW HOW TO SERVE
Building a life of laughter, love, abundance that can ensure for generations takes work – teamwork.  You are going to need help; whether it be your spouse, parents, family or friends.  You are going to need people to sacrifice themselves at times.  But can you give as good as you get?  Are you able to return the favor?  You may be unashamed to ask for help when you need, but can you be equally unashamed to offer help when it’s required?  I’m not talking about unsolicited advice; I’m talking about genuine assistance.  It doesn’t take much effort to help someone in the way you think they should be help, but it takes patience, compassion and humility to help someone in the way they need and prefer.

Let’s revisit our dear friend Jack one last time.  Ironically, though this movie is one of the funnies I’ve seen in some time, it deals with some heavy hitting family dynamic issues – and in ways that make it bearable to watch…repeatedly! See, by the end of the film Jack has been put out of the circle of trust he started. His wife and daughter want nothing to do with him, and Gaylord…Gary, has decided that the pressure of being part of the family is too much, so he opts to end his relationship with his fiance and hop a plane back home.  Jack now has a choice: stand his ground and believe he knows best or alter his position and ultimately give his family what he wanted for them all along, their happiness.  Of course, he chooses the latter.  Now, Jack – who’d initially used every trick in his book to get Gary to disappear – will use every single one of his resources to get Gary to stay! Sure, Jack seeing his family happy served his ultimate goal but he had to be willing to sacrifice himself.

The same holds true for you.  If you want people in your life to love you, honor you, appreciate you, support you and contribute to your overall well-being, you have to reciprocate.  Sometimes, you even have to initiate. This is what I call having a servant’s heart.  It’s when you give freely, not expecting anything in return, that you receive most fully,

Okay, so by now you have figured out that you have a lot of work to do before you can draw the people you need into your life – especially where it pertains to your inner-circle. You need to know who you are, what you want and why you want it.  But, perhaps most important of all, you need to know how to be a friend.

Having the life you desire and deserve is as simple as having people around you who support your vision, believe in your dreams and are willing to help you get where you want to be.  If you want to surround yourself with such people, be one yourself.