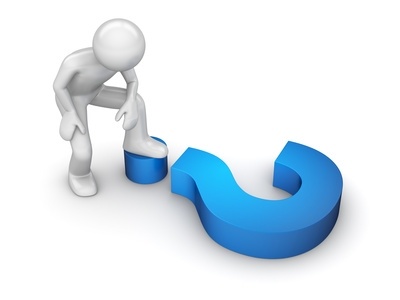 Thinking ahead not only allows us to avoid hurting people,
it empowers us to do great things for them, too.

I hope you all are doing amazingly well.  I won’t even apologize for the delay in my posts.

Admittedly, this has become a pattern.  One that I am getting better at changing, as you will note if you’ve been with me for any real duration.  Those lapses of hiatus are dwindling with time.

Who knows, I might even make it to daily posting. Yeah okay, I won’t get ahead of myself.

But seriously, I am so glad to be able to take the time off.  Stepping away for a bit always helps me to come back with a renewed sense of clarity and commitment.

In fact, clarity and commitment, among some other things are what my post is all about today.

Amidst surgeries, funerals, relocating and completing (my best ever) career transition, I made sure to check in with family and friends.  Many of whom expressed concern about me.

“You’re doing too much,” was the standard sentiment.  “You need to sit still.” “Why did you let all this pile up?” “This is a bit much – even for you.”

I listened, smiled, nodded and even gave the occasional point and nod when needed, and then kept it moving.

None of those people had any idea what was really going on with me. Not one of them was a participatory supporter – an insider privy to the nuances of my though process and action-taking stratagems. Each of these individuals stood on the outside looking in and assumed that somehow this was all my choosing.

Now, before I go too far, some of you know that I am an avid propopent of active, diliberate intention.  It means that while I believe “like attracts like”, I also believe that “you reap what you sow.” Though I have often heard of people who attracted millions to them after thinking about it, there is usually the oft overlooked part about their action.  They followed a hunch.  They went to a specific location. They robbed a bank.

I believe that action, even minimal action, must accompany an intention because the potential itself is only a potential source of energy.  It cannot become mobile until it is propelled by action.

I say all that to say, I know I co-created my experience.  I made poor choices, took poor action and disregarded important clues.  I did not get here alone.

BUT – I rarely complained about the co-creation experience or my main co-creator.  Because I never assigned blame, those around me simply presumed that I, and I alone, hadn’t done enough; planned enough; considered enough.

But those on the inside -thank God – knew better. They said things like, “This too shall pass.” “I see the growth.” “You’re headed to new levels of success so you had to learn this now to prepare you to keep what’s on the way.” “People enduring far less are suffering so much more, pay attention to what you’re doing and share it.”

That last one got me. (Of course it did, sounds just like legacy speak).  I sat with it a moment.  I knew that there was something to it, so I started paying attention. Over the course of almost two weeks, I studied the situations I found myself and assessed how I handled them.

As far as I could tell, I wasn’t doing anything special. I was being clear and consistent, taking culpability, staying committed and considering my outcomes. Oh, wait!

Indeed, I love alliteration as much as the next girl, but this was so serendipitous.

I then decided to assess the situations of those in crisis who were experiencing overwhelm, depression and nearly having a meltdown. I looked on without judgment. In nearly every situation, one or all of these elements were missing.

Why are these things so important?

Perhaps you’re going through something right now.  Maybe you’re looking for a way, or just to keep your head above water.  You could be just trying to muster enough energy to get out of the bed in the morning.  If that sounds like you, then I urge you to take a moment each day to focus on one of these areas.  How are you implementing it into your life and how is it working for you?  If you aren’t already, how could you? What could get better as a result?

The Family Factor:  Find your way, then light it for others.  Someone has to be first. Why not you? Practice what you preach and what you learn, teach.  And you can tweet that to the bank (just not in front of the bubble-dome-safehouse, please).